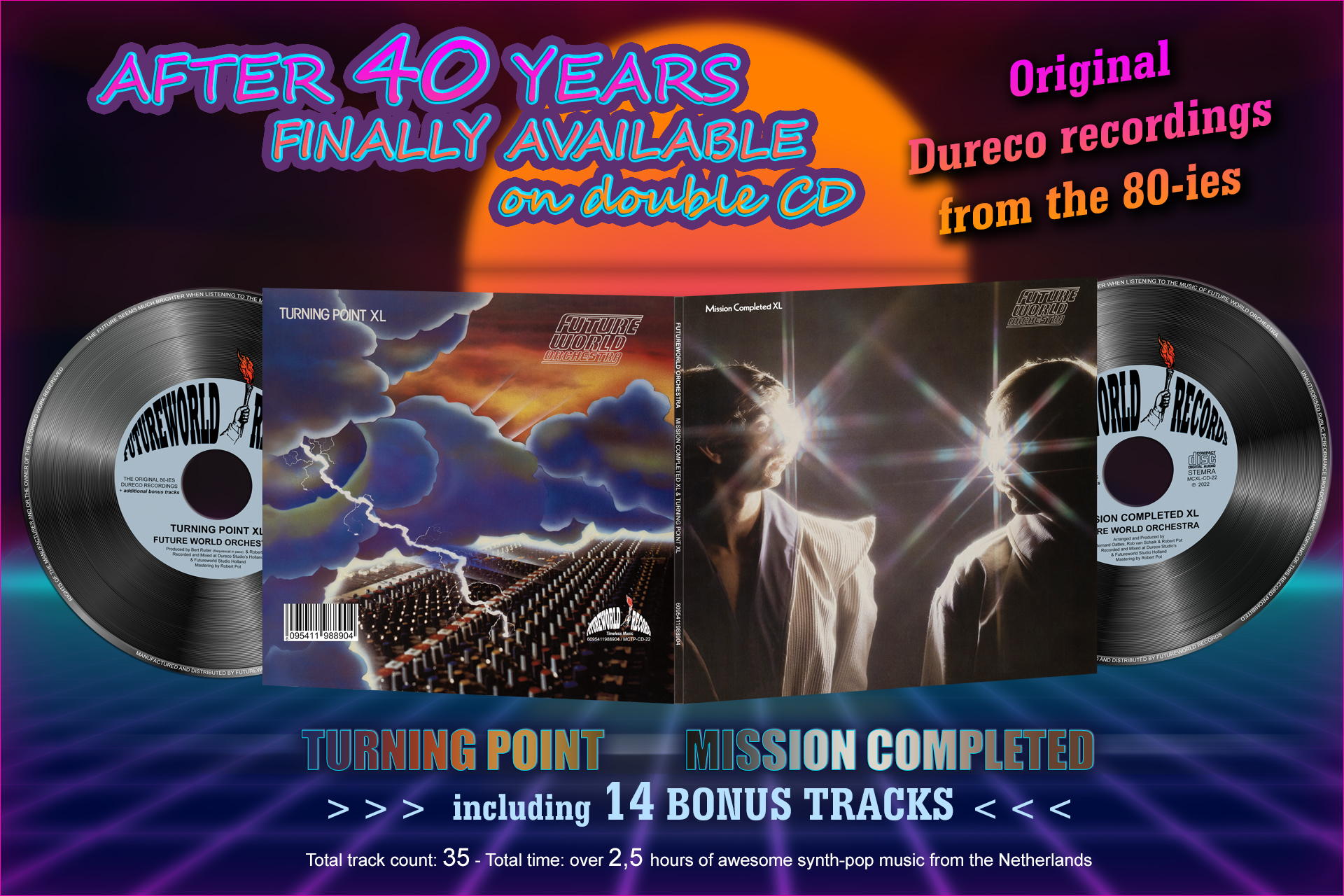 35 tracks / over 2,5 hours
of the best synth-pop music
from the Netherlands

Mission Completed XL  & TurningPoint XL are Future World Orchestra’s original albums from the eighties, containing hits like: “Desire”, “I’m not afraid of the future”, “Theme from E.T.” and “Roulette”. The XL stands for the 14 bonus tracks which brings the total time to over 157 minutes of music and the total number of tracks to a whopping 35.

Bonus tracks:
DESIRE (Caribbean edit) – I LOVE YOU SO – IN A LIFETIME – IS IT REALLY TRUE – ORDINARY PEOPLE
APRIL FOOL (Extended version) – SENSUALITY – REMINISCENCE (Piano only)