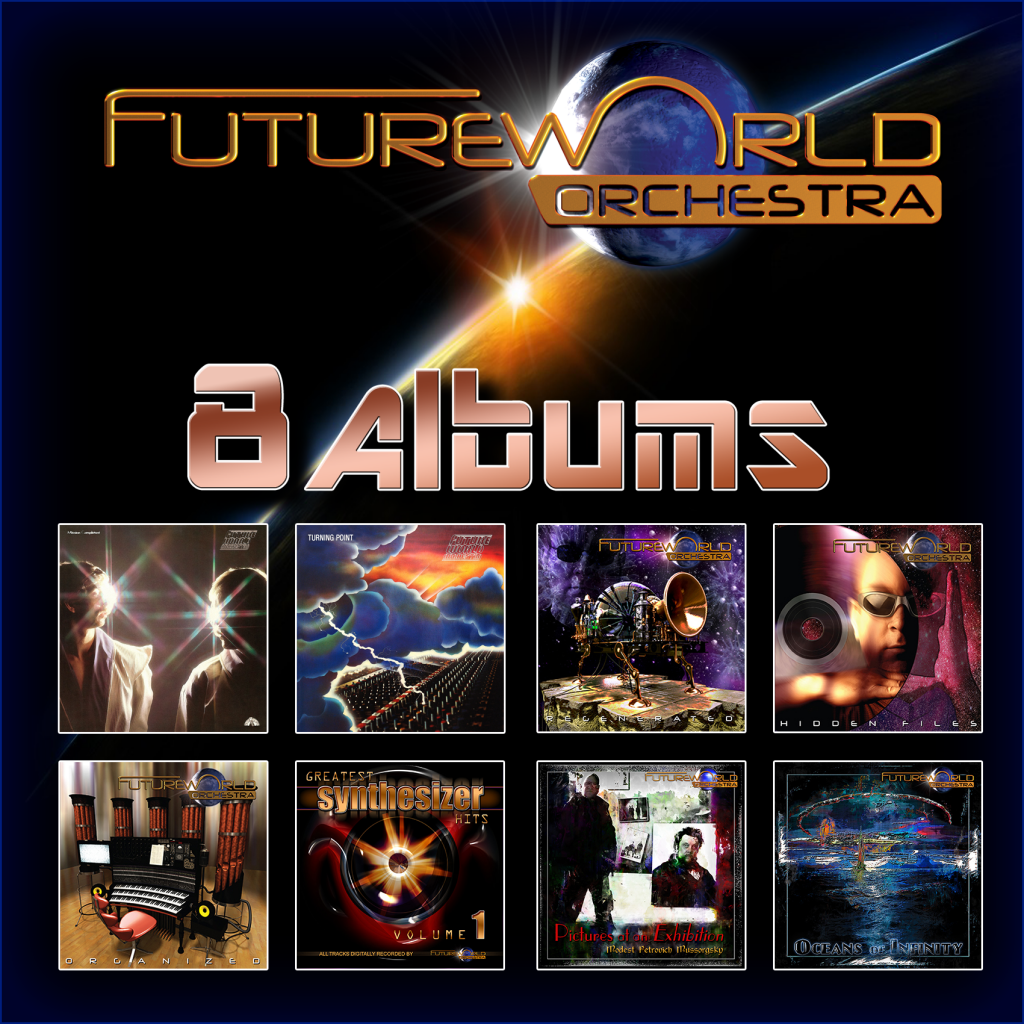 Futureworld Orchestra is founded in 1980 by Robert Pot and Gerto Heupink who both have a great interest in synthesizer-technology. After experimenting for several months, they got a record deal right away. The first recording session comprised the tracks: DESIRE, I’M NOT AFRAID OF THE FUTURE, AIRBORNE and CASABLANCA NIGHTS. DESIRE was the first single released in October 1981 and became a hit instantly. Interest from all over Europe came right away and releases followed quickly. Futureworld Orchestra until now produced 2 albums in the 80-ies: MISSION COMPLETED and TURNING POINT. 6 Other albums were produced by Robert only.